Political theater, at its worst

It has been virtually impossible, for the last two weeks, to NOT have to hear something about the popular daytime (and nighttime) political soap opera starring Kenneth Branagh – whoops, sorry – Brett Kavanaugh, with its cast of thousands. 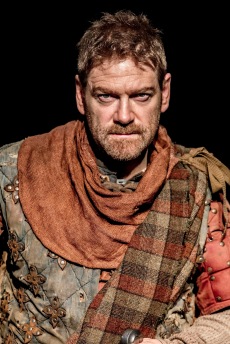 (It is much hokier than any Branagh production, I admit. But then, so is most “reality TV.”)

Supposedly, we are in the 2nd or 3rd Scene of the final Act.  I hope…

The screaming (often, literally, screaming) and the posturing and all the rest have accomplished a number of things.  One of those is distracting attention from the fact that Kavanaugh has a track record that is anything but conservative or constitutional.  That is now ignored by millions of conservatives who now are willing to support his appointment to SCOTUS, probably literally to the death. (And lots of people have already commented on the many other events of importance that have been pushed from the front pages, regular newscasts, and the top of web pages.)

A second is the fact that the street senate is firmly in the saddle and calling the shots in DC. The chanting, screaming, and even bullying protesters, now inside the halls of Congress, are an excuse for progressives (whatever they call themselves). An excuse to build up power, ignore the Constitution (and fundamental rights), and “give in” on more and more. Flake (AZ) and now Heitkamp (ND), from each wing of the “boots-on-your-neck” party) are perfect examples of this. They are willing to ignore, not just the clear preferences of the States they supposedly represent, but to sacrifice themselves on the altar of partisan political power. (Or am I giving them too much credit, and they mostly fear the solution applied to Gais Julius of knives, literal or figuratively?)

And of course, this entire thing just plain turns what they call “reality” on its head. “He-said/she-said” politics, like toddlers squabbling in the sand box. The rights of the accused have suddenly been snatched away and given to the accuser.  (At least when the political affiliations are the “right” ones.) Simple, reasonable “advise and consent” is turned into an emotional, money-fueled extravaganza as interesting (to many people) as the baseball playoffs.  The seeming political opportunism displayed by both sides is window-dressing.  Insane and outrageous claims of danger are trumpeted from both sides.

There are bumps in the choreography, of course.  The bit players sometimes miss their cues. But for the most part, everyone is playing their predetermined roles, starring and supporting.  With the object of entertaining and fooling (as usual) the electorate and the population.  To strengthen their power and position.  And of course, continue to buffalo their real political enemies: libertarians, constitutionalists, and their ilk. The script and the acting hide the reality: power, more power, and still more power.

The farce is not as sophisticated as Shakespeare produced, but for today’s audiences, just as entertaining.  And just as profitable for the people producing it. But the main purpose is distraction, so that conditions will continue to get worse.  It is NOT the nominee, the accusers, the Democrats, the Republicans, the White House, or any other part of government that will lose, regardless of what happens in the next few days.

The real losers?  Liberty, of course.  And ordinary people who just want to have peace and prosperity without having to constantly look over their shoulders and keep their hand on their sidearm.

Both of the old parties, both of the Fedgov establishment in DC and the Fifty States, have once again demonstrated that their loyalty is to their political power, their wealth, and their prestige.  They have been and continue to be willing to tear the Fifty States apart still further, for their own gain. Both sides make accusations that are perversions of the truth, and at the same time conspire together to further destroy the shambling corpse of a republic.  And drag the entire planet along with them.

What is to be done?  Find more and more ways to secede, individually, as families, as businesses, from government – as low key as possible, and without boasting or proclaiming the liberty we must take back for ourselves, even while they continue to seek to steal it from us.  I don’t think it is easy, or will be possible to totally divorce ourselves from the insanity, the destructive acts, and the men and women driven mad (like MacBeth and Lady MacBeth) by their lust for power and the power itself.  But we must try, lest we, like all Scotland, get dragged into the abyss.

3 Responses to Political theater, at its worst