Free people do not get permission 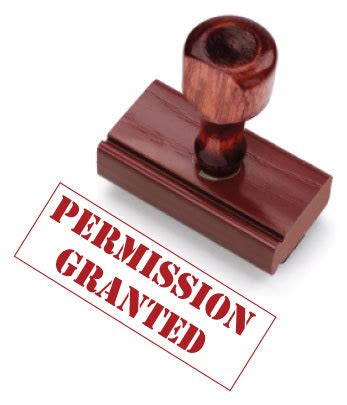 Nathan’s note: Mama Liberty (Lady Susan) and I both have four fingers pointing back at us in this commentary, at least for our professions in the past. Because she had retired from the profession of nursing, she had freed herself. Because I still (attempt to) practice engineering and provide certain kinds of training in various of the Fifty States, I am still not free in the sense we discuss here.

Free people do not go to the State to get permission to pursue a profession.

They simply pursue the profession….

Free men and women aren’t required to submit to mandatory government in order to earn the right to use their God-given talents and abilities.

They simply use those God-given talents and abilities.

Free people are – get this – free to use their God-given talents and abilities to pursue professional activities knowing that other free men and women will test, judge, reward, and/or punish them according to standards of quality and honesty freely established in the free market.

See how this freedom thing works? We have liberty as a gift of God. That means that it is not right, not moral, not in accordance with the laws of nature for someone to take that freedom away because we “might” do something bad.

See how it just cuts the State out entirely where things like regulating and licensing professions are concerned? If we see how freedom, liberty, works in this most basic sense, then we are able to see why the State hates liberty.

Instead, in its desperate need to prove it is essential, the State wants you and I to believe what is NOT true:

This is all nonsense.

Are we children? Are we unable to:
• establishing like standards, regulations, licensing bodies, and regulatory agencies on our own, voluntarily, as free people apart from the State?
• have voluntary organizations and free associations produce high standards of quality and safety?
• See they want us to believe that “freedom” and “liberty” itself are the property of the State rather than the people. 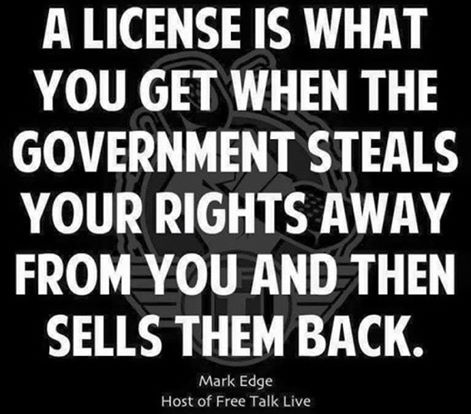 It’s shocking to see how amazing to see how amazed and confused even the typical politically active “Libertarian” is when the State’s regulatory role in the professional lives of people is challenged at its foundation. What is that foundation? Generations of Government-run, Tax-funded “education” that makes the State to “source” of all knowledge, and seemingly gives the State the power to decide what is acceptable and what is not.

The Constitution, and indeed Scripture, gives no warrant for State management and control over professions or ANY job or career. Yet, we have been convinced to assume such State control is necessary to the health and progress of culture and civilization.
But what if the Constitution, or the philosophy of God-given liberty, is correct? If there are limits to civil government and the role of the State? What if government is not necessary, and indeed a detriment to true freedom, liberty, prosperity, and security?

What if we reject the idiocy of requiring a professional to attain a license from the U.S. government in order to practice their craft in “the land of the free”? After all, this government in question can’t even figure out the difference between a boy and a girl. Or the difference between an actual marriage and two homosexuals pretending (or three or five or ten of any orientation?).

Indeed, government has seized the power of defining marriage and giving permission to get married, with no Constitutional or other authority. Then corrupted the institution. The State is incapable of rightly defining even the most basic, necessary concepts: the foundations of civilization. Today, it actively wages war against the simple, clear truth on family and sex. And even biology.

As is done in education. What if we reject the authority of the state to dictate what is taught, how long it is taught, and how long students must be incarcerated in public schools to be indoctrinated into the worship of the State and the rejection of basic truths and concepts? The propaganda taught by public teachers today in totally opposed to liberty, to human freedom, and to reality.

(Thanks to Libertas and Austin Daily News)

Now let us ask: Do we want these people to dictate who can (and cannot) practice X in America?

Does this government, or anyone in it, have any legitimate claim to be able to even identify, much less license, a good teacher? A barber?  A beautician? An engineer? A septic-tank pumper? Much less someone capable of evaluating suitability for marriage?

Not only can government not tell the difference between a boy and a girl, it doesn’t even know what a family is. Does it even know up from down, right from wrong, or good from evil? If it does, it is clear that it is actively opposed to whatever truth, right, and good are.

So why are we putting up with this? Why blindly submit to the idea that government controls everything? Not just teachers, but doctors, nurses, engineers, hairdressers, barbers, tattoo artists. When government cannot understand how to balance a checkbook? Or how to define a crime? (or any other word?)

Why? Our parents and grandparents caved to government long ago. They tolerated, even endorsed perverting “professionalism,” sending generations off to be “educated” by the State. Leading us to this Hell on earth we are in now.

At least one crystal clear lesson has been taught, however inadvertently, through all of this insanity: Giving government the power to regulate professions is a terrible idea.

3 Responses to Free people do not get permission