By now, you may have heard that The Donald (Trump) is “obsessed” with the idea of the FedGov purchasing Greenland.  It is presently a dependent territory (“autonomous country”) of the Kingdom of Denmark, as it has been for centuries. It has less than 60,000 people in 800,000+ square miles (largest island in the world, though 83% is “water’ (including ice in glaciers).

Although there are those talking about a 51st State, I think it insane to believe that Congress would approve a mere 60,000 people being a state, with two senators and one congressman.  The advocates of Democracy (not just members of the Democratic Party) would scream and no doubt race violently into the streets against it. Almost certainly it would be a self-governing (mostly) territory like the Virgin Islands, American Samoa, or Guam.  (At least stationing a few hundred Marines on it would not cause it to overturn like the idiotic congressman feared would happen to Guam.)

At the same time, it is easy to see why it would be attractive to Trump and many others.  There have been American bases on Greenland since before the US entered WW2.  It is, like most lands, filled with natural resources of various sorts. These include coal, iron ore, lead, zinc, molybdenum, diamonds, gold, platinum, niobium, tantalite, uranium, fish, seals, whales, hydropower, and almost certainly oil and gas.  One source reports nearly 20 billion barrels of oil equivalent in part of its continental shelf to the northeast. And there is potential for windpower, as well as solar power. And it has no major urban areas to be troubled areas of poverty, unrest, and massive government stupidity. 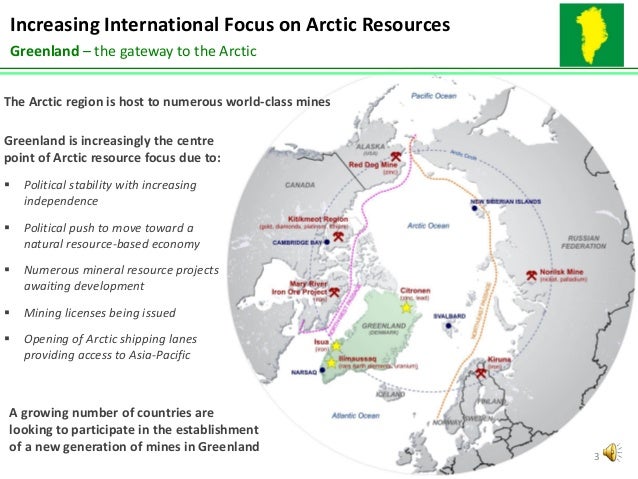 Although it is “culturally” European (or at least Scandinavian), its population is mostly descended from people who immigrated from Alaska centuries ago.  And it seems that there are fewer people of Danish descent in Greenland than in either Utah or Minnesota. It is not part of the EU, and it uses the Danish kroner. (Denmark, like Norway and Iceland, is NOT part of the Eurozone.) Even moderate and slow-paced development of its natural resources would probably double or triple its population quickly.  And it is geographically a part of North America.

The Danish, it seems, have poohpoohed the idea with quite nasty language, especially against Trump.  Is that just negotiation tactics?  Or the result of listening to too much CNN and other MSM? It would not be the first territory that the FedGov purchased from Denmark, after all. In 1917 the US bought the US Virgin Islands (three of them, at least) from Denmark for $25 million in gold (about 1.9 billion today).

But it raises the issue of American expansion.  Not in the sense of “where do we station American troops next,” or in an imperial sense, but in the sense of expanding the once united “United States” in some way.  After all, it is now 60 years since the 49th and 50th stars were added to the Stars and Stripes.  (Of course, they were the only two added in 47 years, since 1912 when New Mexico and Arizona were admitted to the Union.)

And as far as actual territory “owned and operated” by the FedGov or its states, there has been no real increase since the early 1900s – a century. This started with 1898-1900 when the US took the Philippines and Puerto Rico from the dying Spanish Empire (and freed Cuba). The Canal Zone was bought in 1903. And a few islands like VI (above) were added in and after WW1 – the Marshalls, Wake, etc.   But the US has given up much of that: the Philippines in 1947, the Canal Zone in 1979, and the Marshall Islands was held from 1944 to 1986. The Northern Marianas Islands is now, like Puerto Rico, a self-governing Commonwealth of the US (since 1990), after its conquest (from Japan)in 1944, Technically, the US lost territory in the 20th Century. (The Northern Marianas have about the same population as Greenland, by the way).

So, has the United States become “stagnant” in the 20th and now 21st Century?  Nation-states (especially not federations) are not “living organisms” which must grow or will die.  But at the same time, after close to 190 years of growth, the federal Union (or former Union) has not increased in the least.

There are many reasons, but the number one seems to be politics, both internal and external.  The old parties (Democrat and Republican) are (mostly) unwilling to see more states added because it upsets the balance.  Or at least that is what they say: but Democrats seem relatively united today on wanting to unconstitutionally admit DC as a State. Puerto Rico, through an election deemed as “dubious,” has now voted to ask for admission, but Congress has taken no action. Republicans do not want two more states which would be (they assume) reliably Democratic votes in the Senate and House. Democrats seem to exercise their hidden racism when it comes to Puerto Rico, perhaps because of their experience with Cuban emigres to the Fifty States. The growing power of the FedGov and the increasing decay of federalism greatly reduces the value of Statehood.

As far as external politics, the United States, is still viewed as the land of opportunity and even freedom.  (This is based on such things as the massive immigration efforts of so many, the rapid growth of friendship of the Baltic Republics (and Poland) with the US, and the recent use of American flags and the National Anthem by Hong Kong protesters.) However, there do not seem to be any serious efforts to apply for admission – or for statehood.  This may be because they see that the Fifty States shoulder an incredible burden (taxation and otherwise) because the FedGov is the “World’s Policeman” (TM?) (or to put it another way, the worst Nosy Parker and Meddler on the planet).  Or because they see the FedGov and therefore the FIfty States as being the whipping boy of the planet.

Nore on this later…