As the current partial government shutdown continues and sets a modern record for the Fedgov’s closure, it may be that we are seeing the future.

No, it is NOT a future that looks like the National Mall in this photo.

Rather, it is the idea that government does not have to own or run our national treasures, to let us preserve and protect them and enjoy them now and in the future. That indeed, we don’t need government for most (or all) of what government supposedly is essential to provide.

One of those, Xanterra Parks and Resorts (which runs the hotels in the Park) is giving $7500 a day. Thirteen smaller firms are contributing $300/day (apparently for each firm).  Why?  In large part because their livelihoods are dependent on preserving the beauty and safety of the Park.  Without National Park Service (NPS) employees to collect the entrance fee (as much as $35/car), apparently visitors are also donating directly to efforts to maintain the place, and many visitors are doing for themselves.  Even in the dead of winter, 20,000 people visit Yellowstone each month.

Reason reports of similar actions elsewhere, either out of enlightened self-interest or just because it is the right thing to do.

But what do I hear in the news?  Mesa Verde National Park is Colorado was open until this week but is now closed because snowed in roads are not being plowed.  Yosemite National Park and others in California have become cesspools because tourists are pooping on the roads and dumping huge amounts of trash, and no one is there to clean up. Similar conditions exist at Rocky Mountain National Park, although a local conservation group is providing some services, even for visitors centers.  The local NPS is discouraging volunteer help to clean up toilets because of the “sanitary concerns,” claiming that NPS personnel are properly trained and vaccinated, while the laity are not.

Apparently many tourists or visitors to national parks are savages and worse than irresponsible children who are not only unwilling to clean up after themselves, but intentionally pollute the environment with their litter, their human waste, and their trash.  This should come as no surprise, given the behavior seen more and more in San Francisco, and the well-known fact that some federal employees (such as EPA workers in Denver) have taken dumps in the hallways of their own offices.

The media, even local and supposedly “conservative” stations and outlets, is pushing the idea that the government’s partial shutdown will result in the degradation and even destruction of our parks and monuments.  As well as denying people access to them, and destroying local economies depending on tourism to those tourist attractions.

But in many places, the National Parks and Monuments are at least partially open, and it is voluntary effort by individuals, informal and formal groups, and private businesses that are providing essential services, protecting the environment, and cleaning up after savages.

Reason correctly points out, as do I, that this may be a harbinger of the future.  For a century, government agencies like the NPS have come in and pushed private businesses and private landowners and volunteer out – or instituted “oversight” (nanny tactics) because only government can be trusted to do these things.  Environists and Regressives have constantly ramped up fears that if private organizations, or even state and local governments, operate our precious national treasures, that they will become as commercialized as football stadiums and shopping malls. And the prices will skyrocket making it possible only for the wealthy to enjoy them.

But in reality, the opposite happens.  Privately-operated state parks and national facilities (US Forest Service and Bureau of Land Management) have a very good track record going back decades.  (In the Reason article, there is a video from 2010 discussing and showing this.)  Meanwhile, beset by financial woes (due to Congress, state legislatures, and and entrenched bureaucracies), the “gems of America” get more and more rundown, abused, and mistreated every year. As well as becoming more commercialized, as the agencies seek for more money. 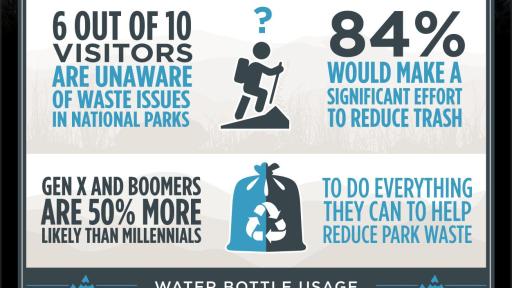 And the “trash crisis” in the National Parks was not caused by “Trump’s shutdown,” either.  As these images show, it has been a problem for many years.

(It is an attitude that I was taught, even though I’m a babyboomer, by the Scouts and my parents back in the 1960s – pack it in, pack it out.)

The shutdown demonstrates again, the tragedy of the commons.  Those rude and uncaring savage tourists have no problem with trashing and pooping these “public places” (and have not in the past) because after all, that is someone else’s job to do that. Indeed, they’ve done that for years, especially in places like California and New England.  But there has always been someone (usually in a uniform) that is paid stolen money from taxpayers to clean up their mess.  Something which belongs to “everyone” in reality is treated as though it belongs to no one.

3 Responses to Shutdown demonstrates the future