Is it in the water?  the air?  Maybe the fog that rolls in through the Golden Gate or from Ocean Beach and Baker Beach?  Or is it some sort of infection that people can get from breathing someone else’s freshly exhaled-air or getting some of their spittle on your skin?  We know it is probably not JUST a sexually-transmitted disease. 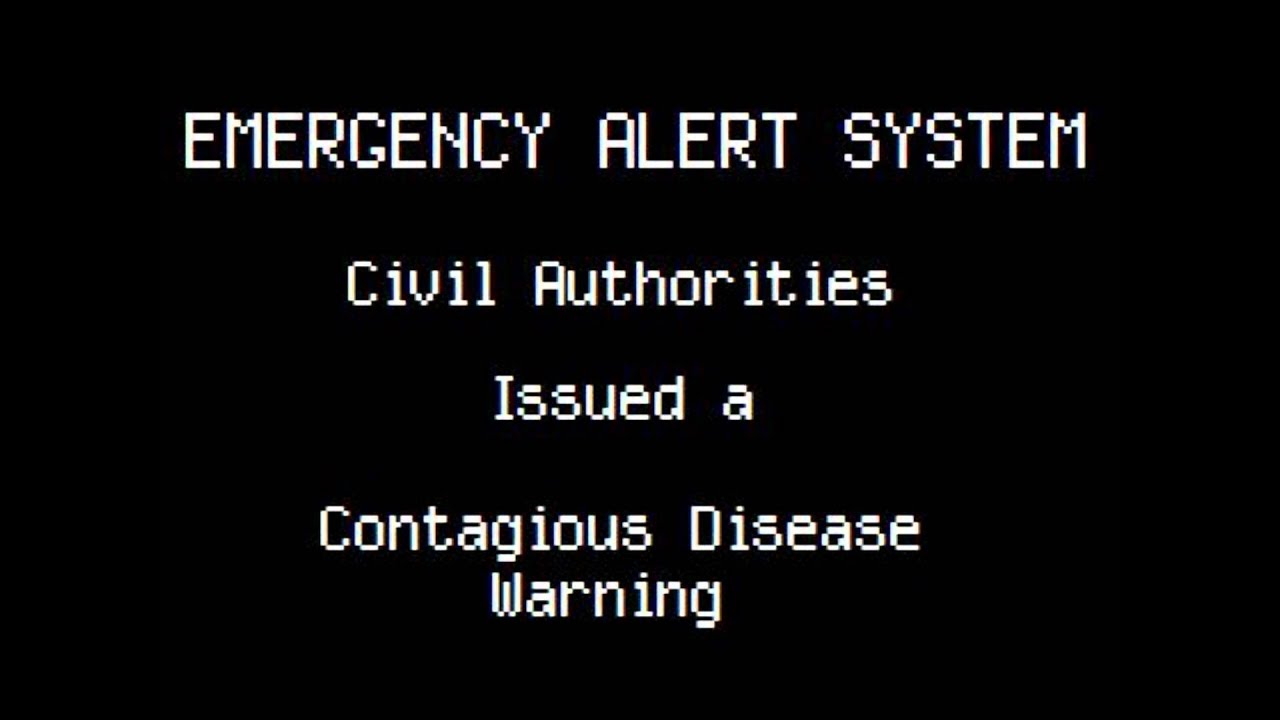 I’m talking about insanity.  Specifically insanity in the cities and towns of the Bay Area in the People’s Democratic Republic of California. (Emphasis “Democratic” but the GOP types are seemingly just as insane, but maybe in slightly different ways.)

San Francisco, itself. Oakland.  Berkley. Mountain View. And on and on.

Insanity?  Try this list – and think about their history: (Thanks to FEE.org and others for sharing these news items with me.)

We could go on and on.  California is not only a land of nuts and fruits, it is proud of it and seeks to make more and more people that way.

It insanely seems to want to become a Third-World country.  (And many people say it is doing just that.)  They are apparently in competition with Haiti.

California has been blessed with incredible natural resources: climate, minerals, rivers, the ocean, and so much more.  It has, in its short history, abused and destroyed those resources and then fallen into a auto de fe, agonizing over things that make no sense: like those plastic straws. Doing the same thing over and over again.  Getting the same results.

It is the poster child for nanny government, a socialist paradise, and a land of parasites in all parts of society.

And all it has given up for these things is liberty and common sense and rational thought and behavior.

I think it is time to give up on California.  Not just voting with your feet (as Mama Liberty and so many others have), but taking action to stop depending on it.  Don’t go there on vacations, don’t go there on business, and encourage your relatives (the sane ones, if there are any still left in California) to get out. Tell the businesses and the tourists from the Golden State of Insanity and Tyranny that you appreciate their business, but you’d appreciate it more if they left California and moved to someplace that is free.  And sane. (But be careful to choose wisely: too many places in the West have been ruined by the wrong kind of Californian moving to those places.)

Use California as an example of what doesn’t work when you are trying to win people and even politicians and bureaucrats to the cause of liberty.

Evil leads to more evil.  There is no slippery slope: it is all ending up in the gutter, the sewer, the cesspool. In totalitarian and tyrannical government, a society filled with the insane who take dumps on sidewalks and threaten to kill you and yours because you did not give enough for their pet insane causes.  Filled with politicians who are not content with 20 or 50 percent of your lives and income: they want it all – to dole back out to you according to their standards.

California is done.  Stick a fork in it.  Learn to live without it. It will in a decade or quicker, be no different than Venezuela or Zimbabwe or South Africa.

And work hard to keep others from following that path. From catching the California disease. 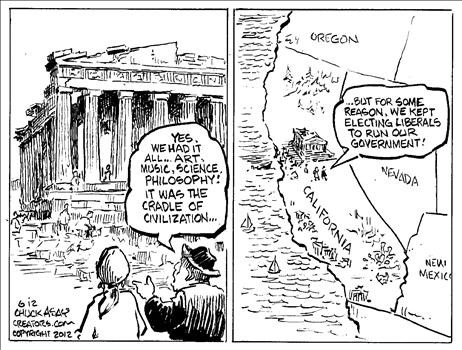 Much as I enjoy Chuck’s cartoons, he’s really off-base here.  There is no way any student of history would consider California a cradle of civilization. (And PS: New Mexico is NOT a neighbor of California!)