No more “Garfield on my fork”?

CBS and MSN News reports (the headline is inaccurate) that the US House of Representatives has passed a bill to outlaw eating cats and dogs here in the Fifty States. 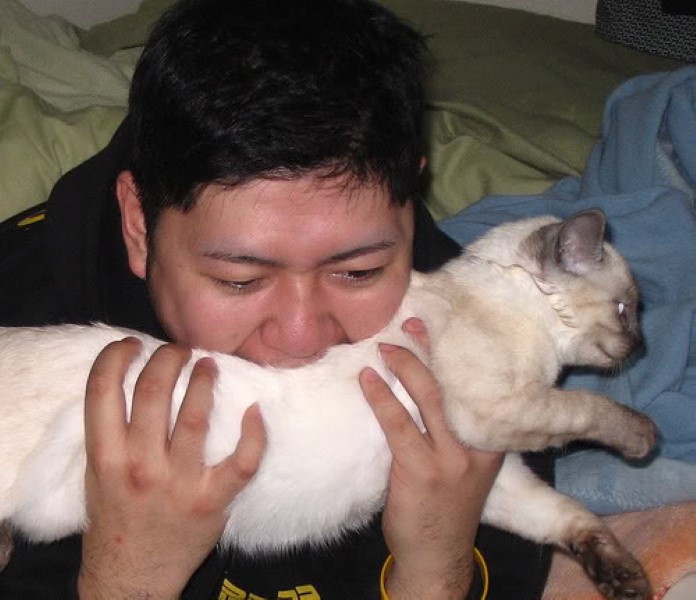 There IS an exemption: AmerInd can eat dogs “for religious purposes.”

(Satire, not real news: This is apparently similar to an exemption the Vatican is seeking for sexual abuse laws, allowing child molestation “for religious purposes” to be exempt. Don’t know if they are coordinating their lobbying efforts with NAMBLA and Crowleyites. End satire.)

The bill was a “bipartisan” effort by two Florida Congresscritturs, who are concerned that only six states currently outlaw it. Apparently only one country in Asia (Taiwan, or Nationalist China) outlaws this. I could find no information on whether or not this is now illegal in France or the rest of the EU.

Apparently part of this urgent need to outlaw something is an attempt to support (appease?) animal rights activists in various other Asian countries. In Mainland (Communist) China, where eating dog is common, supposedly polls indicate most people are opposed to eating cats or dogs, whether pets or not.

“Dogs and cats provide love and companionship to millions of people and should not be slaughtered and sold as food,” Buchanan (a sponsor, D-Fla) said. It is apparently the “sold as food” that upsets them. Never mind that millions are “slaughtered” (euthanized) each year at shelters, put down: they have no one to provide them love and companionship. And what about this?

“Infants, when born, provide love and companionship to millions of people and should not be slaughtered in the womb,” no resolution or bill in Congress ever said.

I am a lover of cats. (Disclaimer: I can tolerate some dogs, for certain values of dogs and tolerate. Mama’s Laddie I tolerated much better than most.) I would not, by choice, eat either a dog or a cat.

At the same time, I would not lift a finger to stop someone that was going to kill, cook, and eat THEIR own cat or dog. Even if they bought it or caught it in the wild, as long as it was not someone’s pet cat. Sure, I may not like it. But it is THEIR CHOICE.

Cats and dogs are just as much animals – nonsentient, living beings – as any cow, pig, rabbit, buffalo, deer, elk, antelope or bear. Or for that matter, horses, goats, sheep, geese, ducks, quail, and cougars. And in some parts of the world, monkeys and other mammals. To name a few. People Enjoy Tasty Animals!

Of course, if PETA and the other rabid environists got their way, eating ANY of these things would be a criminal act. And for some, preferably punished by death. (I admit I’ve never found one of these environists who would actually confess that they believe, following execution, the evil monsters be processed as Solyent Green.)

It is not MY business if someone chooses to eat anything that they own. NOR is it Congress’ business, nor is it the business of any state legislature, county commission, or municipal government body.

We supposedly have “strength in diversity,” yet such laws are vehemently against longterm (even ancient) customs in many societies. Not just Asian, not just AmerInd, but European and African as well. Instead “civic customs” and public perception is substituted for letting people mind their own business and live as they and their ancestors did. This is NOT a matter of seeking to prevent aggression or violence against another human. It is not my business or your business or the cops’ business, much less bureaucrats and “lawmakers” and other thugs, if our neighbor has a German shepherd or a Siamese on the grill instead of a pig or a bunch of chicken parts.

It is distressing, and a sign of danger to liberty, that these two idiots have been able to find enough OTHER idiots in Congress to pass this bill and forward it to the Senate.

Government has no business in virtually every field into which it sticks its nose (and some of us believe mandatory government has no legitimate, moral, godly purpose at all). But prohibiting what we eat is way, way out in left field. Pun intended. It is no longer “what’s good for you,” but “it’s for the animals.”

So Humane Societies and PETA and all the rest can continue to put down millions of animals and dump them in landfills or burn them in incinerators. Ditto, of course, for horses, which are also verbotten for meat in many cultures. Yet highly prized by many countries.

A brief aside. AmerInd tribes (that I know of) did not eat dogmeat as some sort of religious or cultural tradition or custom. They ate dogs for a number of reasons: easy to find and catch, easy to prepare and cook (especially small ones), and as a useful way of culling the pack. Especially when the dog could not be trained, for example, to keep quiet when told to. (A good many tribes also ate horses: my Apache (Nde) relatives were famous for it. Especially settlers’ and US Army horses. But others did so out of necessity.)

Eating dogs is common in many parts of the world, and some countries have special breeds just for meat. Others, like horses, eat them out of necessity. Which may be why the French became famous for serving up dogs and cats, especially during and right after WW2.

Added note: The title references a parody of a Cat Stevens song. The photo is of a prank in Switzerland: no cats (or dogs) were harmed in the publishing of this commentary.