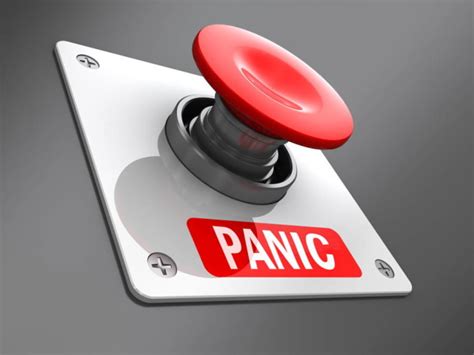 There are, I will admit, constant threats to our God-given liberties right here in the Fifty States.  Clearly, the gulf between lovers of liberty and those who fight against freedom is growing. This is certainly the case on the extremes of the two sides that statists divide themselves into: Regressive (better known as liberals or progressives) and Conservative (both paleo- and neo-cons).

While these threats are real and continuous, too often the response to them is a poor one. Bloggers and organizational websites over-react to many comments by politicians and political and legislative acts that are tentative and highly unlikely to go anywhere. (In other words, they act just like their opponents and politicians!)

Here is a very recent example. Jews for the Preservation of Firearms Ownership is far from the valiant organization it was in days past.  Founder Aaron Zelman passed away and a new crew took over (see website The Zelman Partisans for details). More concerned with fundraising and political influence that fidelity to Aaron’s vision and seal, they wimp out way too much.  Still better than the NRA or some of the really money-grubbing groups, but…

Anyway, a recent missive from JPFO has the headline “Hawaii urges 2A repeal, and more.” The headline is misleading: a Hawai’ian state senator is sponsoring such a bill, but it has not yet even cleared a committee, much less the senate and house of Hawai’i.  And such a bill (actually, a resolution) is nothing more than theatre: even if Hawai’i overwhelmingly supported it, they are but one of Fifty States.  And if the resolution passes, it really is little more than formally stating a position that pitiful state has held for a long time. For good or bad, no state can nullify a constitutional provision. Laws are one thing, this is different. We are not a democracy – and neither (like it or not) is Hawai’i.

But the point of this commentary is not the foolish behavior of Hawai’i’s legislature.  It is the attention-grabbing but highly inaccurate headline JPFO used for their e-mail and web page.  They are behaving no better than the mainstream media and the stereotypical used car salesman.

We don’t need that in the liberty community.  We need to be clear, concise, and above all, accurate.  We can be emotional about it, but lets base our reaction and outrage on what really happened and is being done, not what we assume or fear.

Clearly, JPFO is concerned about two things – rallying support and have people lobby the legisgators in Honolulu to defeat this resolution, and raising money.  Fear works well for both those purposes, today in the Fifty States more than ever.  But let us fear what IS happening, and not a strawman.

Closely related to that is another example.  This time, and again, this week, the villain is Levi Strauss & Company, the maker of denim blue jeans. Their CEO/President has announced a major “social initiative” by the company to “end gun violence” in the Fifty States, including actions that further align them with massively regressive hoploclastic and hoplophobic organizations, such as those funded by Michael Bloomberg and those student movements promoted and run by the Florida “massacre survivors.”

But what is being pushed is not true: the CEO did NOT join the legisgator in Hawai’I and call for the repeal of the Second Amendment.  Indeed, in an editorial he wrote for Forbes Magazine, he expressly stated this initiative is NOT a call to repeal the Second Amendment, and he restated his oath to defend and protect the Constitution.

Whether he is telling the truth, we cannot say.  We can’t read his mind.  But the word out on the street is that Levi Strauss wants to do just that: repeal the right to keep and bear arms.  (I learned about this on the road, from a friend and semi-libertarian business owner, who vowed to never buy Levi’s again, because of this.)

It is a point I’ve made before – every exaggeration, every rumor proven wrong, every misunderstanding people in the liberty community (and its hangers-on) make, has a negative impact on recruiting undecided people and opponents to the cause of freedom.  I have met many people turned off by that very thing over the years, and unwilling to give a fair hearing to anything of a libertarian nature as a result.  And read writings by many more.

This can happen even if the hidden agenda of those who are anti-liberty is revealed later to be exactly what we said.

The solution is simple: tell the truth, and state clearly our assumptions and why we believe that they are valid.  Be emotional, of course, but be accurate. Engage brain before mouth.