What is freedom? What is liberty? 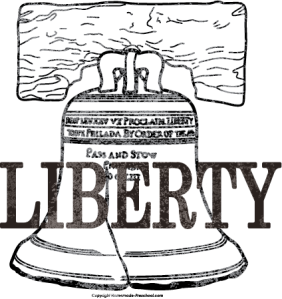 Many of our readers may be familiar with this statement of John Milton, the English poet of the 1600s, an important influence on our American Founding Fathers:

The whole freedom of man consists either in spiritual or civil liberty.

Actually, I believe that it is necessary for human freedom to have BOTH spiritual and civil liberty. While it may be possible (for a short time) to have one without the other,that is an unstable (and immoral) situation. Whenever one exists, it inevitably leads to a situation where people seek both.

I also think that “civil liberty” does include economic liberty and not just “political” or “social” freedoms.

But let us consider another quote today as well.

John Steinbeck, despite his dubious political leanings, also had some important words:

And this I must fight against:
any idea, religion or government which limits or destroys the individual. This is what I am and what I am about. I can understand why a system built on a pattern must try to destroy the free mind,for this is the one thing which can by inspection destroy such a system.

Indeed, this well-stated point relates directly to Milton’s words: government does not stand a chance (at least in the long term) of surviving if free minds exist.  Often, those minds are free in spiritual matters long before civil liberties are regained.

Freedom, therefore, can be seen as the result of human liberty – liberty in every part of life: not just economic or social but all other aspects of our lives.  If we do not have liberty to do what we will (provided we accept the consequences and the responsibility for what we do), we are not completely free. Our freedom is not dependent in any way on forcing someone else to do something for us – but only in keeping someone from doing something to us that limits our liberty and is not a response to some actual aggressive action on our part.

Certainly, men can steal the liberty, the freedom, of other men: enslaving them fully or only partially (through taxes, regulations, laws and the like). But the ability to do so does make it right (moral) for them to do so.

Think on these things.

4 Responses to What is freedom? What is liberty?